Joël Robert visiting our promotional stand in Genk (B)

We were very surprised that former World Champion Motocross, the Belgian Joël Robert was visiting our stand.

We personally signed a bookwork especially for Joël Robert in the presence of former Grand Prix rider, the Dutchman Peter Willems from Ysselsteyn (Lb).

Good news to hear is that Joël Robert and Peter Willems shall attend our reunion both days. Joël Robert has won the Motocross of Aces twice, namely in 1965 and 1966. 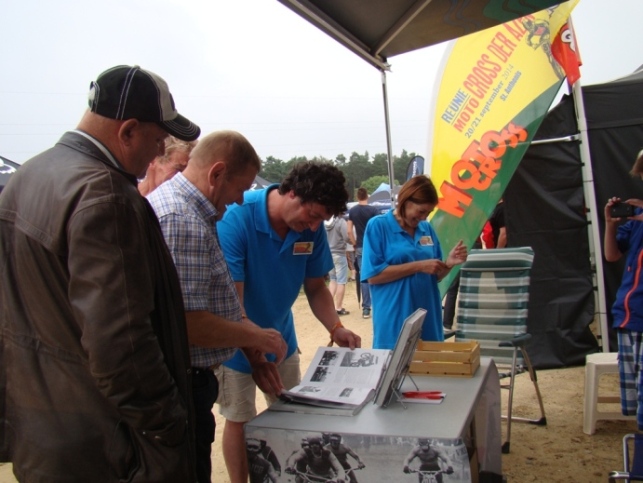 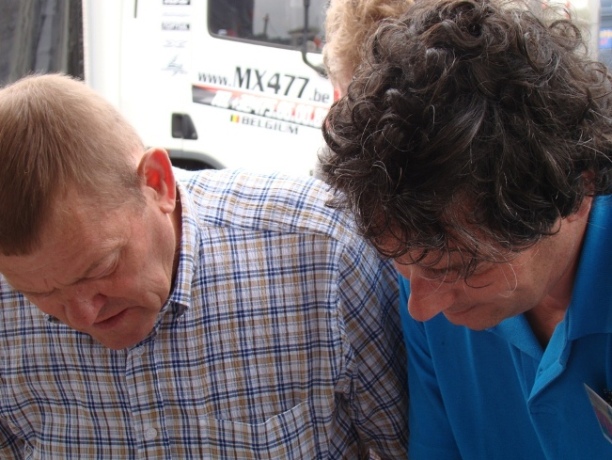 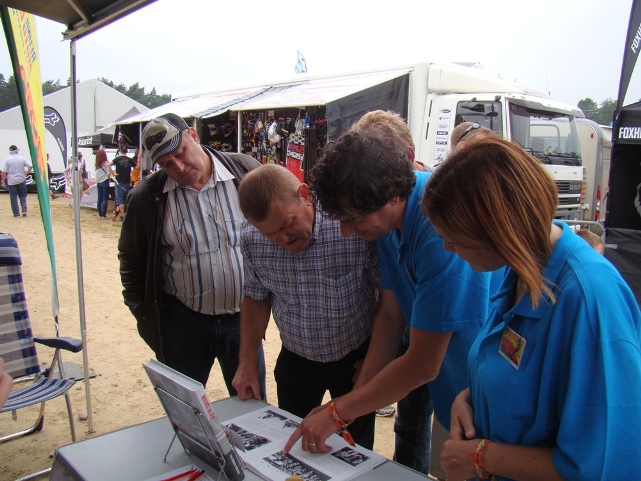 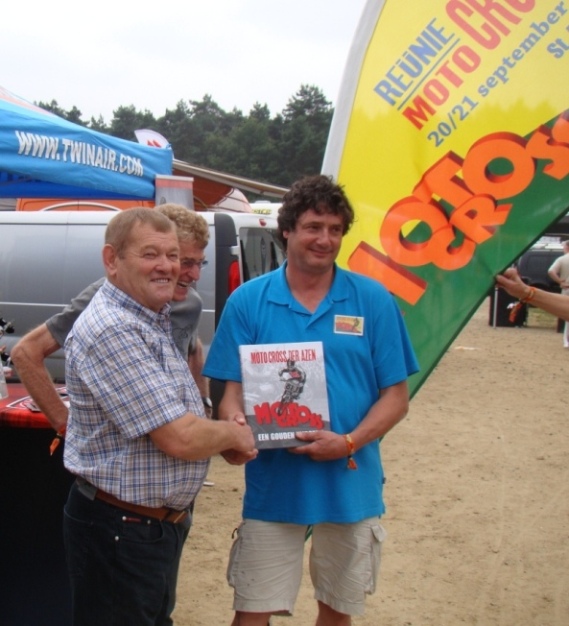 Photo below; Handing over the Bookwork Motocross of Aces, a Golden Era. From left to right: Joël Robert & Peter Willems & Marcel Hermans