After his successful career, De Coster started as a teammanager for several great Motocross Teams and is already living for years in California (USA). Until a few years he was very successful with the Factory Suzuki Team USA and is currently teammanager from the Factory KTM team USA.

Due to the cooperation of Sylvain Geboers, we were in the opportunity to meet De Coster in van der Valk Hotel Eindhoven (NL). The conservation continued around 15 minutes, because of the very busy programme from De Coster.

De Coster has still warm feelings with St. Anthonis, especially his friendship in the past with the old President Harry Goossens and secretary Koos Aben. It testifies his last race in St. Anthonis on Sunday 11th of March 1979 with the Motocross of Aces.

We hope to welcome Mr. Motocross Roger De Coster in St. Anthonis during the planned reunion in 2014. 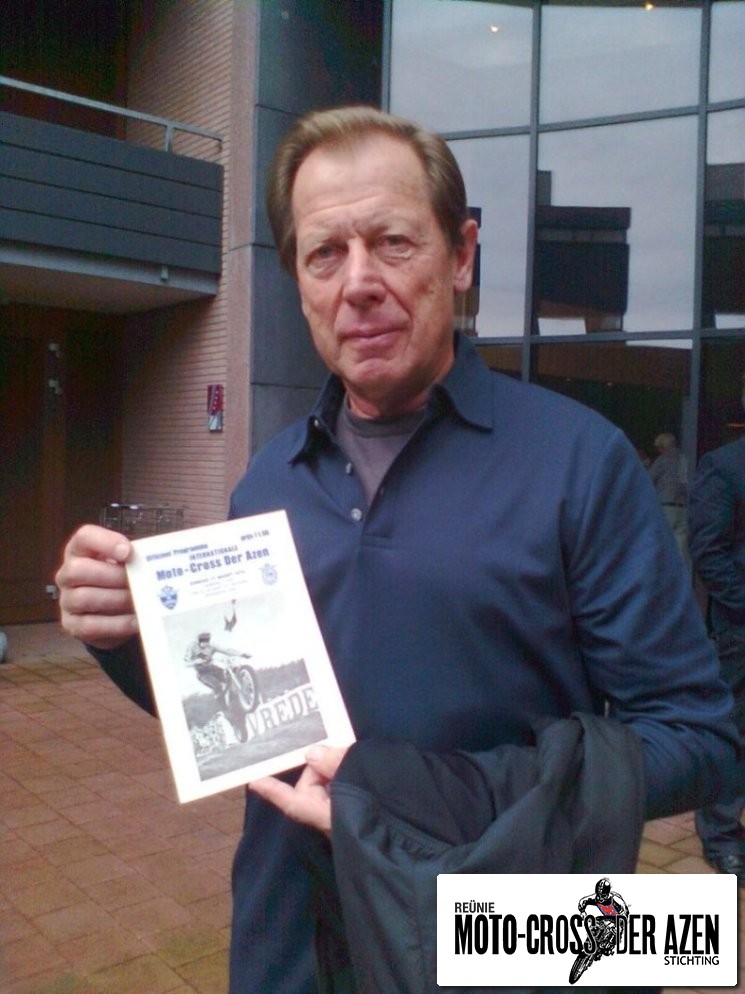