On Saturday the 1st of September 2012 we were in the opportunity to meet again the two times World Champion Motocross, the Swede Sten Lundin. Lundin, who has passed the age of eighty years, started for the first time in St. Anthonis in 1955, together with his countryman Bill Nilsson. Lundin won the Motocross of Aces in St. Anthonis in 1960 on the beautiful four stroke Monark and was several times on the podium.

Sten Lundin is still a guest during the International Motocross in Lugnorre (CH) and battling in the front with his Monark or borrowed motorcycle.

We were prepaired well on this first of September and offered Lundin a special bitters drink from St. Anthonis. On the question if he could remember St. Anthonis, he was very clear. Yes of course, the massive of crowd an the enthusiasm from everybody. The chance to meet Sten Lundin during the reunion on the 20th and 21th of September 2014 in St. Anthonis is small. 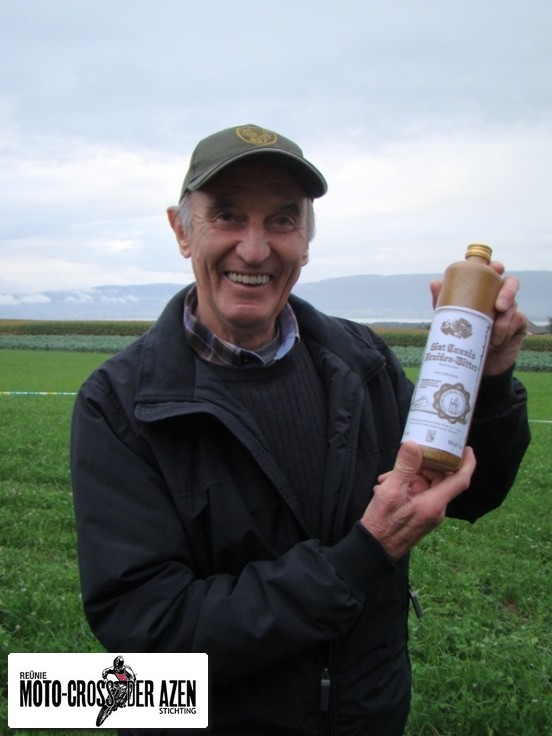