Last Sunday the 19th of October 2014, we were called by the former World Champion Motocross, Sten Lundin from Sweden.

Lundin was very interested in the history of the Motocross of Aces and would like to order the Bookwork.

Of course we cooperate with it and the Bookwork Motocross of Aces - a Golden Era has allready been sent to Saltsjö-Boo in Sweden.

Lundin came in 1955 together with his countryman Bill Nilsson for the first time to Sint Anthonis and rode for many years on circuit "the Hoef", starting with BSA, later on Monark, later on Lito and ending up again with BSA in 1967.

In September 2012 we had a meeting with the MX Legend Sten Lundin in the Swiss Lugnorre and offering him a typical drink from Sint Anthonis (Sint Tunnis), see below picture. 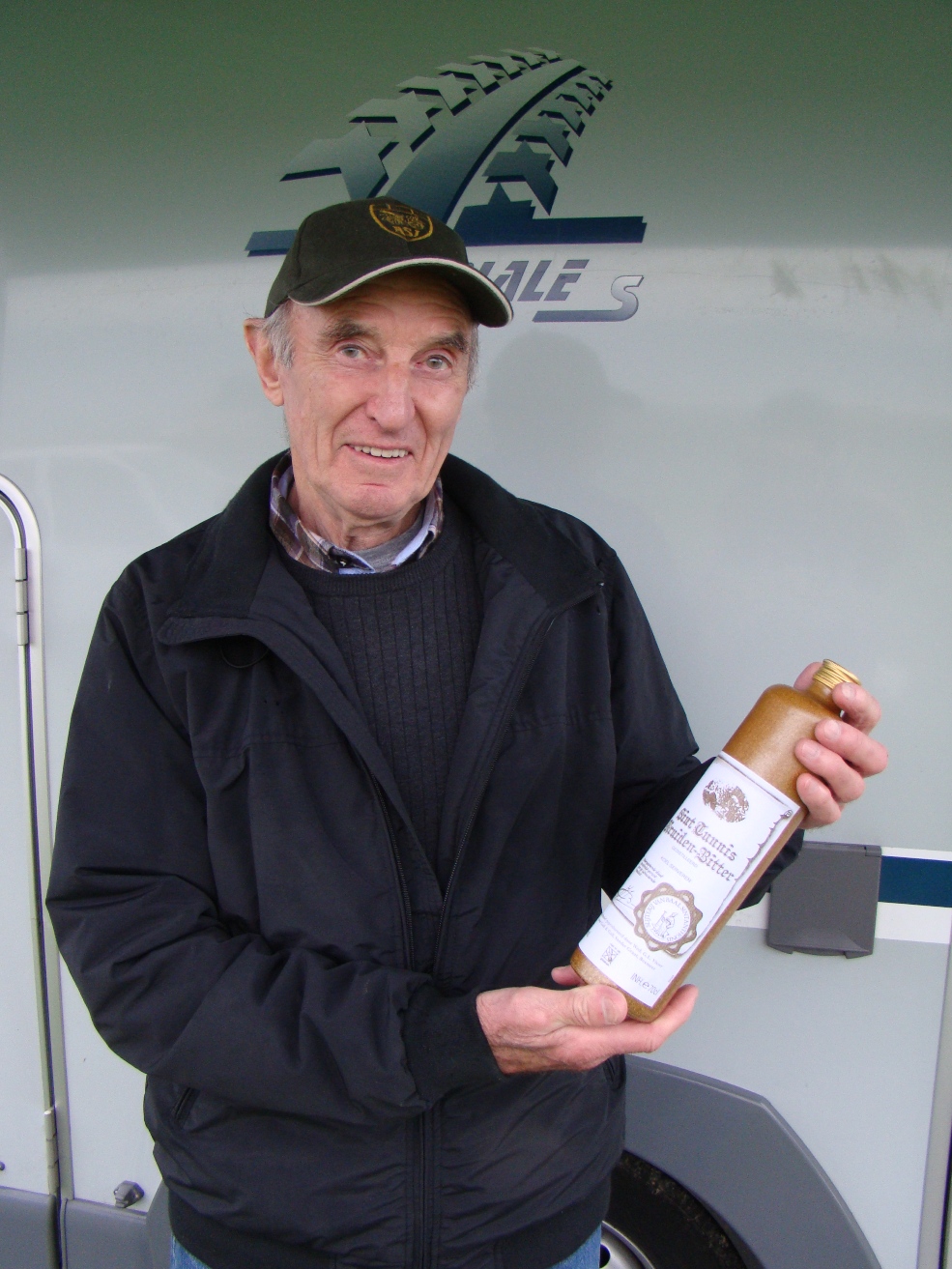